In addition to his affable presentation skills, Roy was a talented and versatile musician (with a repertoire of over 40 instruments), as well as a dancer, singer, popular comedian, actor and active charity campaigner. Recognised for his modesty, Roy was greatly loved and admired, with the late Harry Secombe writing that when Roy left the room “he leaves behind a soft ‘afterglow’”.

An only child, Roy was raised in Scholes, near Huddersfield, Yorkshire. The family lived in a small terraced house next door to his grandparents where he enjoyed a modest but happy upbringing.

Roy took tap dancing lessons at the Nora Bray School when he was 7 years old. On becoming an accomplished young dancer and singer, his mother answered an advert on his behalf in their local newspaper, the Huddersfield Examiner, looking for “Young Talent”. An audition was duly arranged which led him to become a juvenile song and dance lead in an amateur revue show “Youth on Parade” – later to be known as “Happiness Ahead”, where his confidence grew and he continued to hone his many skills.

National Service interrupted Roy’s aspirations for a showbusiness career and in 1950 he joined the RAF, during which time he learned the art of trumpet playing. On completing his National Service, Roy continued to work professionally, performing at regional theatres in summer seasons and pantomime which included him forming a musical trio (along with comedian Norman Teale and Marjorie Kendall) and joining popular Lancashire’s comic, Frank Randle’ in “Randle’s Scandals of ‘53”, staying with the show for two years.

When Norman Teale opted for a career in management, Roy progressed to partner other famous comedians Jimmy Clitheroe and Jimmy James. Having initially stood in for the support artiste, Eli Woods, when Eli was unwell, Jimmy James was so impressed with Roy’s performance that when ‘Our Eli’ returned to work, Roy stayed on as Jimmy’s second stooge and together the trio performed and perfected the classic ‘in the box’ routine.

Towards the end of this period on stage with Jimmy James, Roy’s big break came when he performed on the same bill as the UKs top crooner, Dickie Valentine. Dickie was about to appear in a television special “Saturday Spectacular” and Producer Brian Tesler offered Roy a seven-minute solo spot as well as a four-minute spot with Dickie himself. He was an instant success, and unbeknown to Roy, theatre impresario Bernard Delfont was in the audience. Delfont promptly offered Roy the chance to make his debut appearance in London’s West End in a two-week Variety Bill at the Prince of Wales Theatre. From there he was invited to appear on the Royal Command Performance (1958) where he received wide acclaim and was hailed as the hit of the show! This was also where he met lifelong friend, Harry Secombe, with whom he went on to work on numerous happy and successful occasions.

Further television work followed and Roy was booked on to a TV series “New Look” – a show with bright musical numbers and comedy sketches. This was followed by him gaining his own television series “Castle’s on the Air” produced by ATV. Top level pantomime followed at the London Palladium where Roy played ‘Simple Simon’ in “Humpty Dumpty” (directed by Robert Nesbitt) and starring Harry Secombe. This proved to be one of the finest and most successful pantomimes the London Palladium ever staged.

Roy guested frequently on television, with an impressive number of hugely popular returning series such as “Val Parnell’s Saturday Spectacular”, “Sunday Night at the London Palladium” and “The Good Old Days” as well as “Putting on the Donnegan”, “Calling Dickie Valentine”, “The Jo Stafford Show”, “Summer Spectacular”, “The Morecambe & Wise Show”, “Who is Secombe?”, “Mainly Millicent” and “The Billy Cotton Band Show”.

Overseas tours followed in both South Africa and Kenya, together with Summer Seasons in the UK, including a 1960 Season with Frankie Vaughan and Tommy Cooper in Brighton. For pantomime, Roy reprised his earlier role in “Humpty Dumpty” and returned to the London Palladium in 1961 for a Summer Season “Let Yourself Go” again with Harry Secombe, and trumpet virtuosa, Eddie Calvert. Roy’s appearance in this revue led to him being invited to go to the USA and appear on CBS’s “Garry Moore Show” appearing alongside such artistes as Julie Andrews, Carol Burnett, Mel Torme and Alan King. In all, Roy made 42 appearances on this show.

As a recording artiste Roy recorded three albums “Garry Moore Presents Roy Castle” – signed to the Reprise label by Frank Sinatra (1961), “Castlewise” on the Philips label (1961) and “Songs for a Rainy Day” on the Columbia label (1966) which was later re-released in the UK by EMI and retitled “Isn’t This a Lovely Day”.

In the early sixties Roy was also famously introduced by old pal Eric Morecambe to his future wife and soul mate, dancer Fiona Dickson. They married on 29 July 1963 with Harry Secombe by his side as ‘Best Man’. Following their wedding Roy and Fiona sailed from Southampton to New York where Roy was booked to appear again on the “Garry Moore Show” in addition to other productions whilst enjoying their honeymoon. On the strength of these TV appearances in the US, Jack Entratter, owner of the Sands Hotels, Las Vegas, booked Roy for three weeks in February 1964. Frank Sinatra saw Roy’s show and duly impressed, invited Roy to join him at his table for dinner. At Frank’s request, Roy gave an impromptu performance with the Sand’s jazz trio and received a standing ovation, led by the great Sinatra himself.

After spending some time working and living in America, Roy and Fiona returned to the UK, and welcomed the birth of their first son, Daniel, on 2 July 1965. Later that year Roy was invited to perform opposite Harry Secombe’s ‘Mr Pickwick’ as ‘Sam Weller’ during a tour of the US and on Broadway at the 46th Street Theatre. Roy was nominated for a Tony Award for their production, as ‘Best Supporting Actor in a Musical’, and was also delighted to reprise his role in a BBC televised version of the show in 1969.

In 1965 as a film actor, Roy appeared in Dr Terrors’ House of Horrors” as ‘Biff Bailey’ and “Dr Who and the Daleks” playing ‘Ian Chesterton’ alongside Peter Cushing on both occasions. He also made his notable appearance with the ‘Carry On’ team as ‘Captain Keene’ in “Carry On Up the Khyber” (1968).

In 1969 producer Michael Codron asked Roy to take over from Eric Sykes at the Shaftesbury Theatre in the highly successful comedy farce “Big Bad Mouse”.

With his acknowledged international reputation as an actor and entertainer burgeoning, Roy hosted his own series “The Roy Castle Show” for the BBC between 1964 – 1970 and in 1966 starred in an ITV Comedy Special “Millicent & Roy”. He also joined Ronnie Barker in a comedy “Another Fine Mess” – part of the ‘Seven of One’ series for the BBC in 1973.

Alan Russell (the renowned Producer of “Blue Peter”) inspirationally suggested to Roy that he present “Record Breakers” (a series based on The Guinness Book of Records) alongside Ross and Norris McWhirter. The first show aired on 15th December 1972 and proved to be a great success, offering a unique platform to showcase Roy’s highly diversified talents. As part of this series, Roy travelled the world in search of new Records, as well as interviewing those holding British or World Records. Within the format, the Studio audience tested the knowledge of the McWhirter brothers, and the climax of the show was usually a world record attempt. Roy managed to break a few records himself, notably, the World’s fastest tap dance with him completing one million taps in 23 hours and 44 minutes in 1973 (to this day still not broken), as well as wing walking from Gatwick to Paris for 3 hours and 23 minutes in 1990 and playing 43 different instruments in 4 minutes whilst maintaining the same tune. Despite some residual concern about the risk of being type cast, Roy delighted in fronting this series and presented twenty-two series of “Record Breakers” over a 20 year period and was particularly proud when “All Star Record Breakers” (a Christmas Spectacular) was awarded the BAFTA Award for Best Children’s Light Entertainment or Drama programme in 1977. He also personally recorded the programme’s theme tune “Dedication”.

Despite his long-standing television engagements, Roy continued to appear in corporate events and one nighters, as well as taking on theatre roles, including the title roles of “Billy” at the Theatre Royal, Drury Lane and “Mr Polly” in 1977. He was delighted to be invited by Tommy Steele to appear as ‘Cozmo Brown’ in the original London production of “Singin’ in the Rain” at the London Palladium. This involved Roy having to run up a wall to perform a double somersault. He enacted this role to great critical acclaim and performed 896 performances for over two years between 1983 – 1985.

Despite having never smoked, tragically Roy was diagnosed with lung cancer in 1992. He went public with this devastating news and fought tirelessly to bring awareness of the dangers of passive smoking, raising money and campaigning for smoking to be banned in public places. The BBC followed Roy during his brave battle with cancer for six months as part of the documentary series “Fighting Back”.

Despite his illness and the gruelling side effects of chemotherapy Roy continued to work professionally presenting his twenty second series of “Record Breakers” and the BBC series “Primetime” and again starring in “Pickwick”, this time as ‘Tony Weller’ (‘Sam Weller’s father) at the Chichester Festival Theatre and on tour, and appeared in the “Royal Variety Performance” (1993).

During the last months of his life Roy lent his name and time to raise funds for the first Centre of Excellence – a research facility into Lung Cancer in Liverpool. He then undertook a ‘Tour of Hope’ – a 1200-mile nationwide train journey during which he raised £1 million pounds in just three days.

In 1993 Roy was included in H.M. the Queen’s New Year’s Honours List and was proud to be awarded the OBE for services to Charity and Showbusiness.

He also managed to write his autobiography, “Now and Then” a touching and poignant book published by Robson Books in 1994. 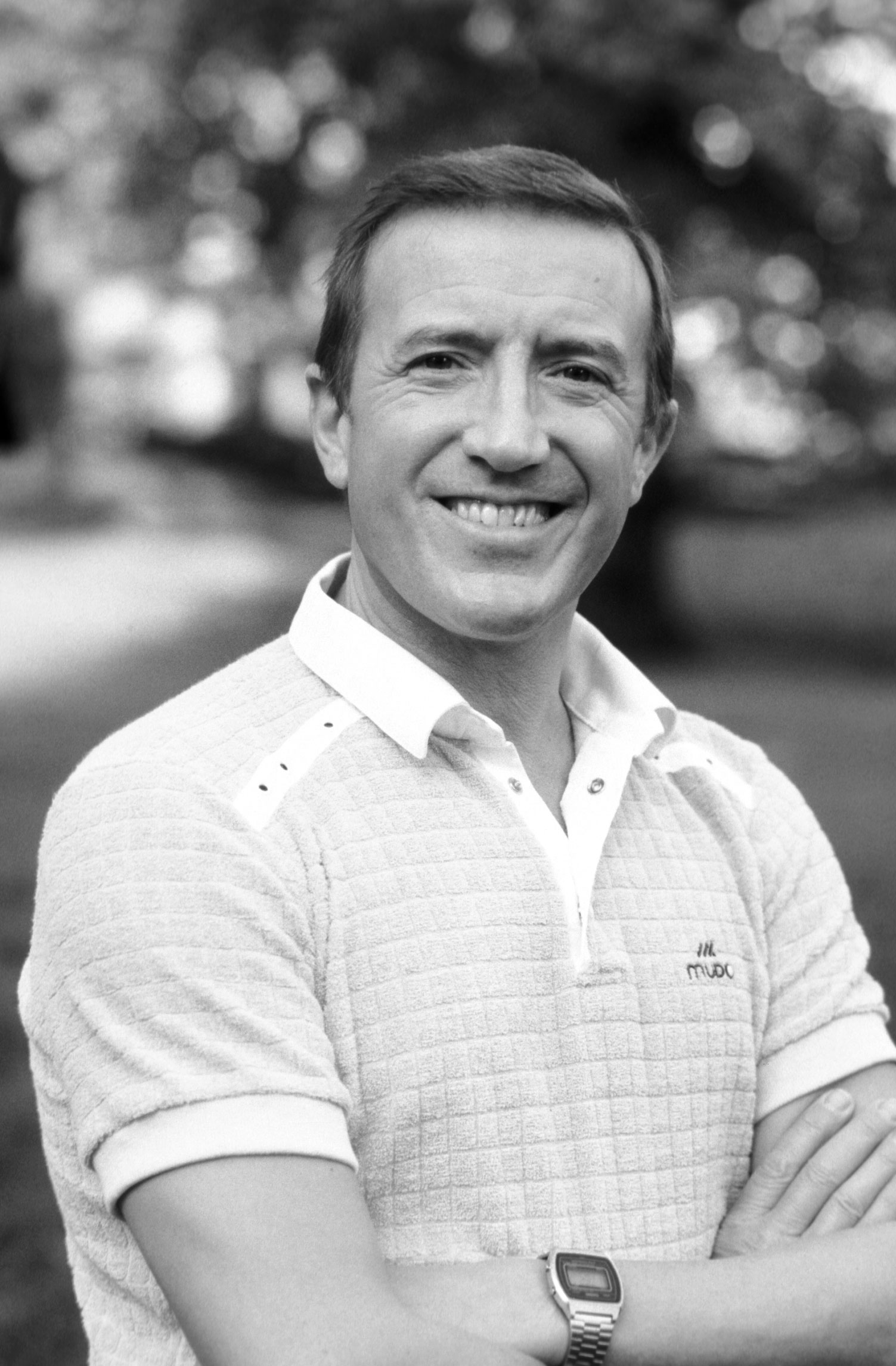 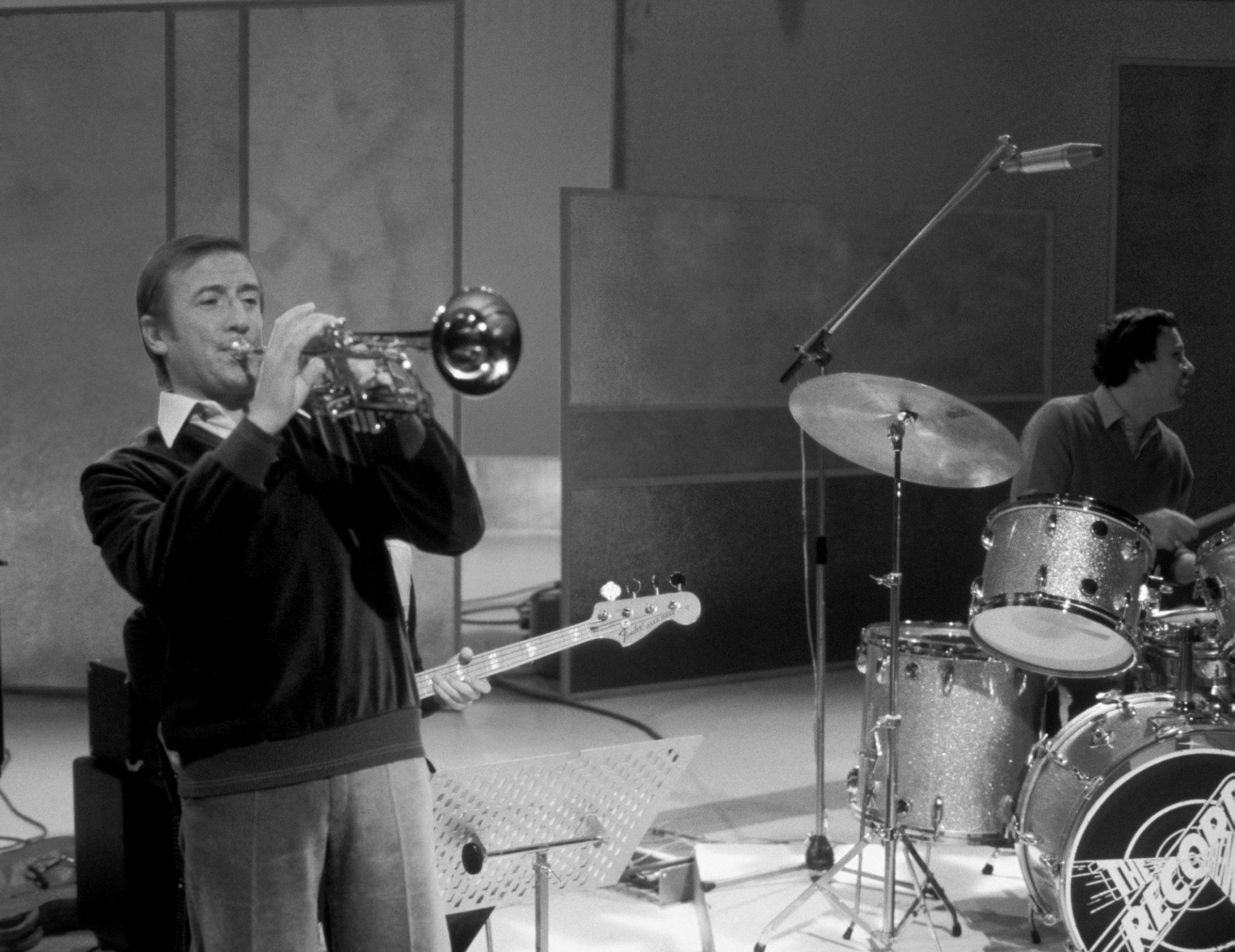 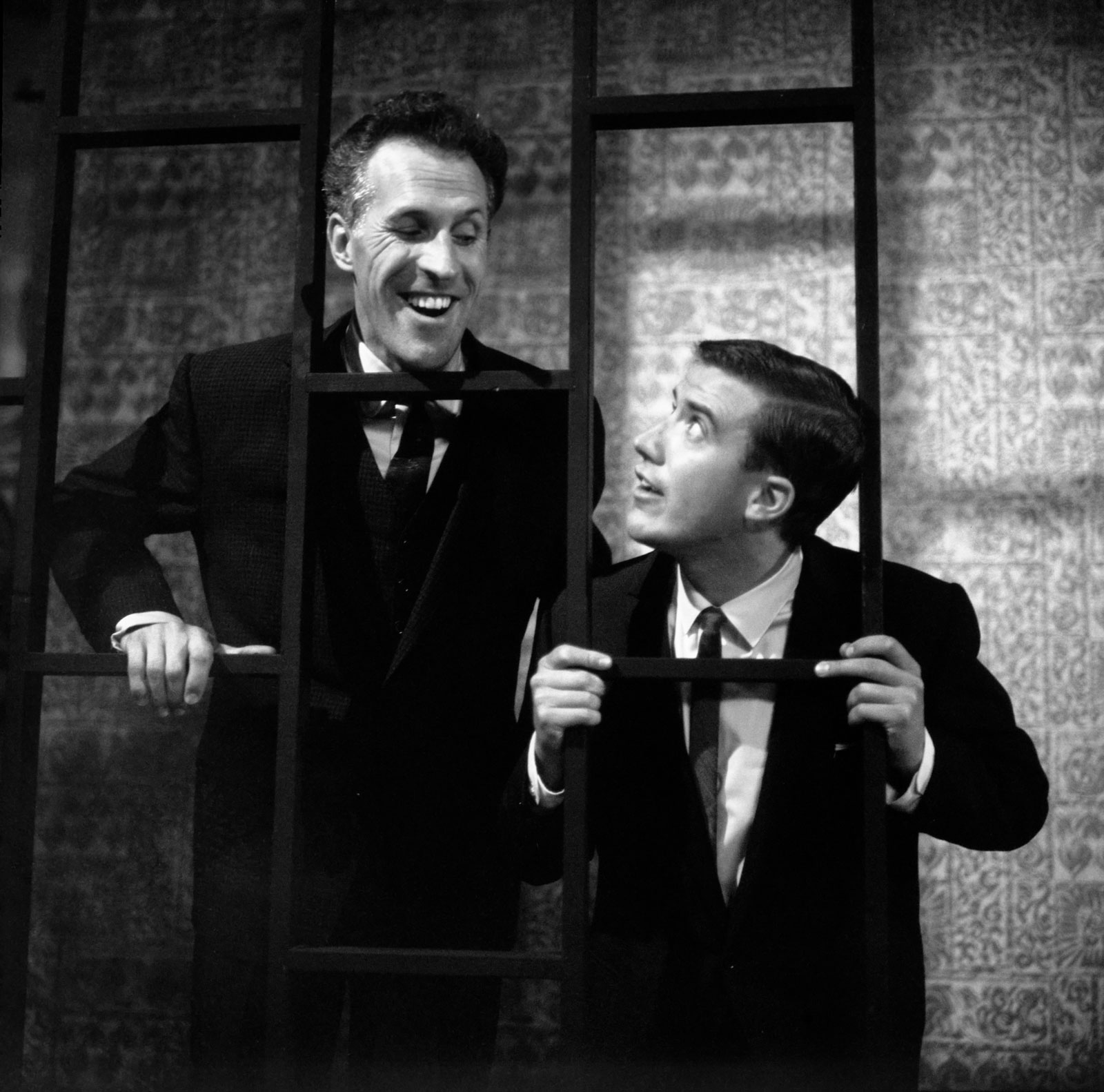