Les Dawson was a much-loved English comedian, writer, musician, gameshow host and actor who is fondly remembered as the king of deadpan comedy and master of “gurning”. His ‘mother in law’ jokes and seemingly effortless off-key piano playing were all part of his remarkable comedic talents.

Born in Collyhurst, Manchester to Julie and Leslie Dawson, Les was the son of a building labourer, who harboured proud ambitions for Les to pursue a career as a boxer. Les had other ideas, and on leaving school at just 14 with a love of the English language, particularly prose, he wished to be a journalist and writer.

Les was not afraid of hard work and had a varied early career. His first job was with the Co-op – first in the drapery department and then as an apprentice electrician, followed by his National Service at Catterick, Yorkshire in 1949, before embarking for Germany with the Queen’s Bay 2nd Dragoon Guards. On being demobbed, he moved to Paris, to pursue his writing career, but found himself providing entertainment playing piano in a somewhat questionable night club! Making a living as a pianist evolved into comedy when he succeeded in generating laughter by cleverly playing the wrong notes to great comic effect. On return to England, Les became an insurance salesman, and later as a door to door salesman for Hoover, selling hoovers and washing machines.

At 23 Les happened across a billboard asking for acts to audition for Max Wall at the Manchester Hippodrome. He passed the audition and moved to London to be promoted by Max, but after failing to get a strong enough foothold in the profession there, he returned to Manchester, and began tirelessly to work the Northern club circuit and engaged the audience in his unique woeful manner.

Whilst Les became rightly regarded as one of England’s funniest comics, he wasn’t an overnight success. Despite appearing on radio shows such as “Workers’ Playtime” and “Midday Music Hall”, and television appearances with Mike & Bernie Winters for ABC Television and “Comedy Bandbox”, Les, aged 36 was disillusioned. With a family to support, he was on the verge of leaving showbusiness, when he was persuaded by his wife, Meg, to audition for Hughie Green’s popular television talent show “Opportunity Knocks”. Chosen for the show, his performance was a huge hit with the studio audience and this televised appearance really kick started his career. He was then asked to appear on the ITV entertainment show “Blackpool Night Out” and he brought the house down with a storm of applause.

Following this success, with ever increasing popularity, Les appeared on numerous television and radio variety shows receiving offers for Summer Season and his first pantomime in Doncaster. In 1969 Les starred in his own television series “Sez Les”; a sketch show produced by Yorkshire Television for ITV which ran for eleven series and was a huge hit, firmly establishing Les’ reputation as a house-hold name. As part of this series Les introduced new characters; first ‘Cosmo Smallpiece’ whose catchphrase was ‘Knickers, Knackers, Knockers’ and the debut of ‘Cissie’ (played by Roy Barraclough) and ‘Ada’; inspired by the millworkers, who had a talent to lip read over the noise of the looms. ‘Cissie’ & ‘Ada’ remain affectionately and warmly remembered for adjusting their ample bosom whilst silently mouthing slightly risqué subjects, with Cissie correcting Ada’s many malapropisms.

Another legendary comedian/actor John Cleese also joined Les in ‘Sez Les’ and he and Les were often seen corpsing throughout increasingly hilarious sketches.

During this period Les was also a Team Captain on Barry Cryer’s panel show “Jokers Wild” as well as making guest appearances on “The Syd Lawrence Orchestra”, “The Golden Shot”, “Celebrity Squares”, “The Generation Game” and “The Good Old Days”.

1978 saw a move to the BBC with Les starring in the first series of “The Les Dawson Show”, the long running BBC sketch show which also saw the popular introduction of Mo Moreland (The Mighty Atom) and the Roly Polys, and also “The Dawson Watch” a spoof investigative series from its own fictional HQ providing humorous advice to the general public on various topical domestic issues. “The Dawson Watch” ran for three series between 1979 and 1980.

In addition to his prolific comedy talents, Les was a highly entertaining programme host and took over from Terry Wogan presenting the top-rated entertainment gameshow “Blankety Blank” for a successful 7 series on BBC1 and a revival of “Opportunity Knocks” in 1990.

Les had equal success on the radio and over this same period recorded his own sketch show series “Listen to Les” for BBC Radio 2.

As an actor Les starred in a series of comedy plays written by Ray Galton and Alan Simpson “Dawson’s Weekly” and was proud to appear as a ‘100-year-old grandmother’ in the Argentinian play by Roberto Cossa “La Nona”, screened on BBC2 in 1991. He subsequently went on to play ‘Moreton Stanley’ in “Demob” – a six-part drama starring Griff Rhys Jones and Martin Clunes which aired posthumously.

Les continued to appear with enormous popularity in pantomime and Summer Season throughout his career. He had great success playing the Dame – ‘Nurse Ada’ – in “Babes in the Wood” alongside John Nettles breaking box office records during its ten-week run in Manchester. He had a similar success in “Dick Whittington” in Wimbledon and Leeds.

On stage, Les played ‘Stanley Gardner’ in the Ray Cooney farce “Run For Your Wife” alongside Eric Sykes, both in the West End and during the National Tour.

Les was honoured to make a number of appearances in the “The Royal Variety Performance” shows collecting rave reviews on each appearance, and was the subject of “This is Your Life” twice (1971 and 1992). In 1992 he won the prestigious British Comedy Award for Best Variety Performer.

He fulfilled his ambition to be a published writer, and in addition to his radio, screen and stage work, produced twelve books including “Well Fared, My Lovely” and his autobiographies “A Clown Too Many”, and “No Tears for the Clown”.

Les’ life was not without sadness, no more so when he lost his first wife, Meg, in 1986 after a long battle with cancer. Together with Meg, Les had had three children, Julie, Stuart and Pamela.

Les found happiness again with new love Tracy whom he married in 1989. They were blessed with a daughter, Charlotte, in 1992, but sadly Les lost his life when Charlotte was just 8 months old following a massive heart attack – he was just 62. In the weeks leading up to his death, Les made his final appearances on “In the Psychiatrists Chair” for BBC Radio 4 and a guest television appearance on Cilla Black’s “Surprise Surprise” singing ‘I’ve Got You Babe’ with a karaoke super fan.

In celebrating Les’ memory the legacy lives on and many programmes have been produced posthumously including “Heroes of Comedy” and “The Unforgettable Les Dawson” for ITV, “The Many Faces of Les Dawson” for the BBC,  “The Interviews” (for UKTV), “Les Dawson Forever” for ITV3, “Les Dawson: In His Own Words” for Channel 5 and most recently  “Urban Myths – Les, Miserable”, a comedy special inspired by Les’ time in Paris in the 1950’s (Red Production Company for Sky Arts), “Les Dawson – The Lost Tapes” (Title Role Productions for ITV) and “Les Dawson’s Funniest Moments” (Studio Crook for Channel 5).

Perhaps one of the most notable is “Les Dawson : An Audience With That Never Was”. This one-off special was made for ITV as a fitting tribute to mark the 20th Anniversary of Les’ death using 3D hologram technology bringing his much loved life back into the studio in front of an appreciative audience.

This year impressionist Jon Culshaw takes on the role of Les Dawson in a one man play “Les Dawson – Flying High”.  The play   from BAFTA and Olivier Award winning writer Tim Whitnall and director Bob Golding premiers at the Edinburgh Fringe Festival before embarking on a UK Tour ending in Les’ home town of Lytham St. Annes at the Lowther Pavilion. 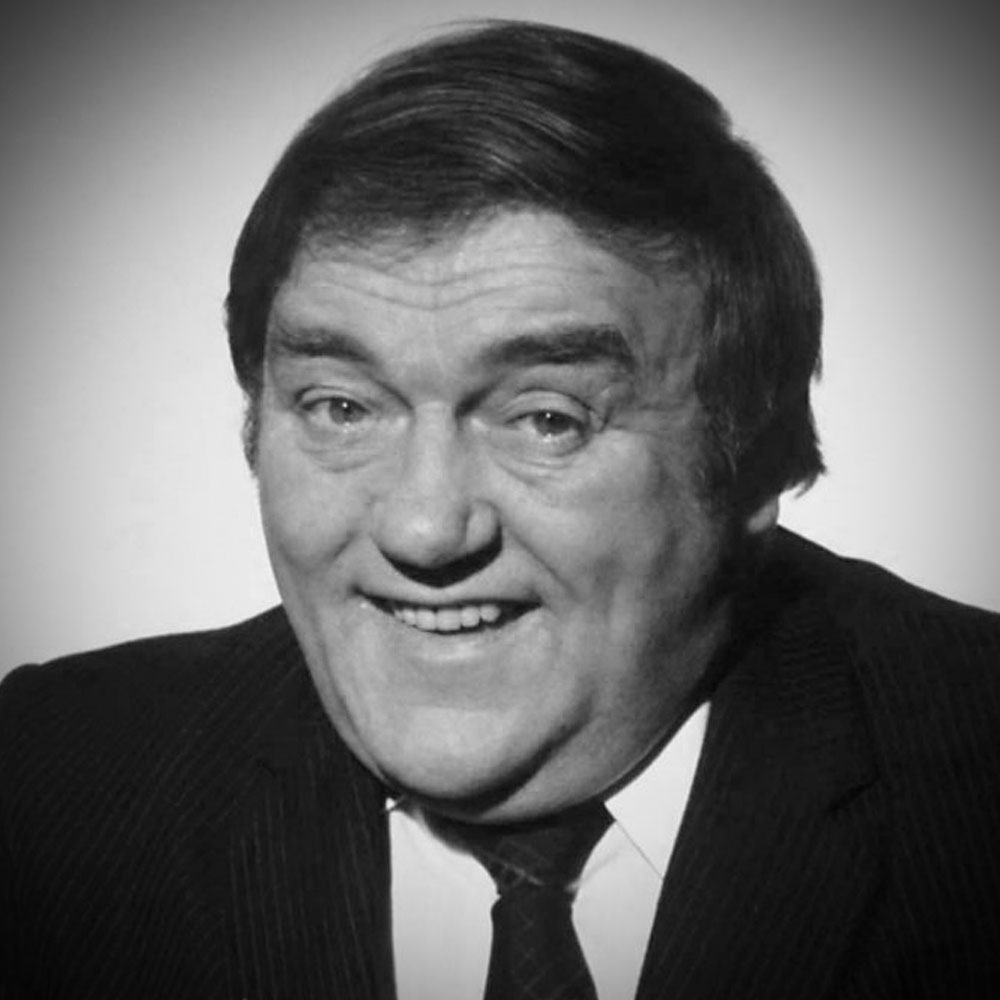 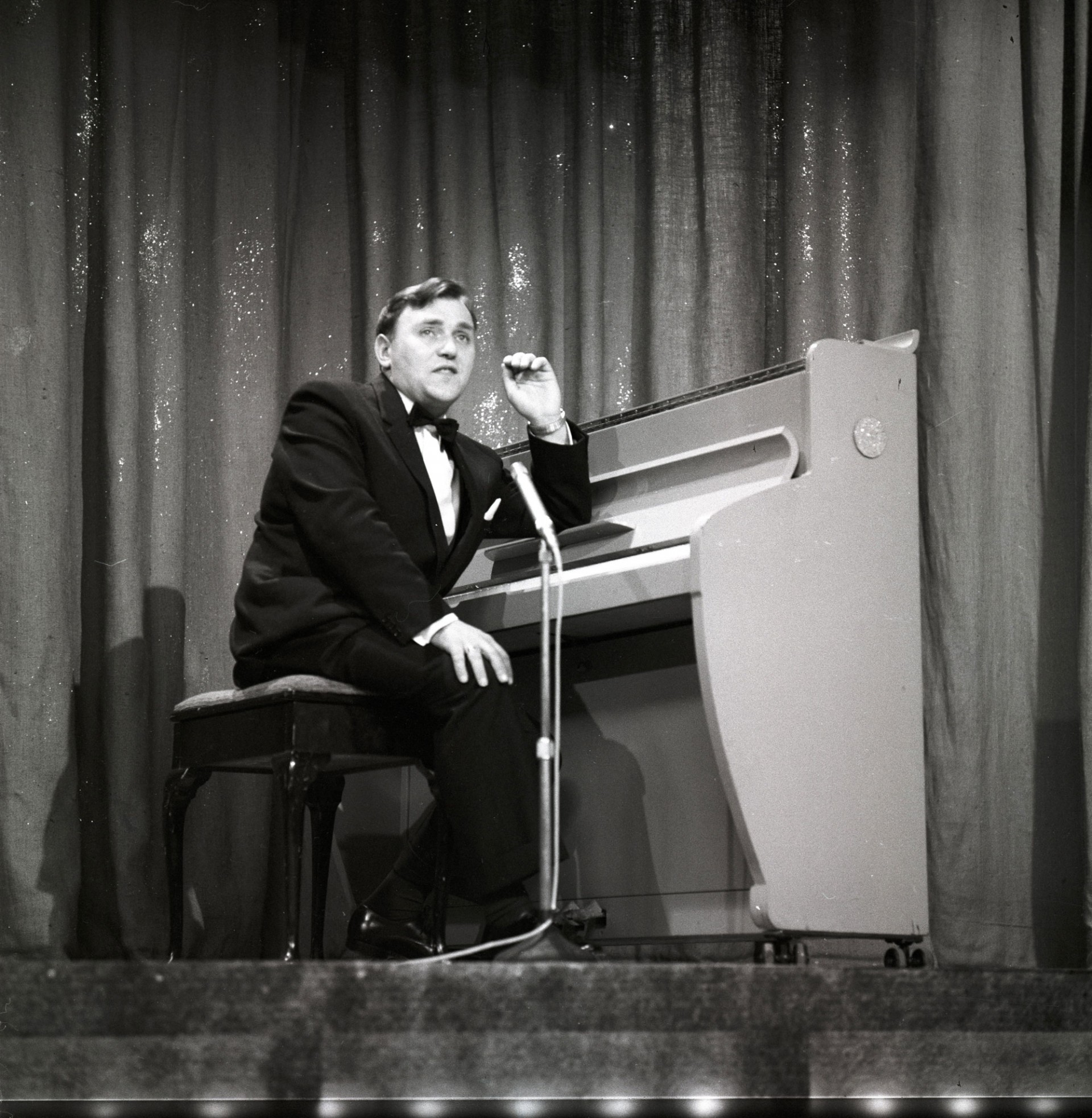 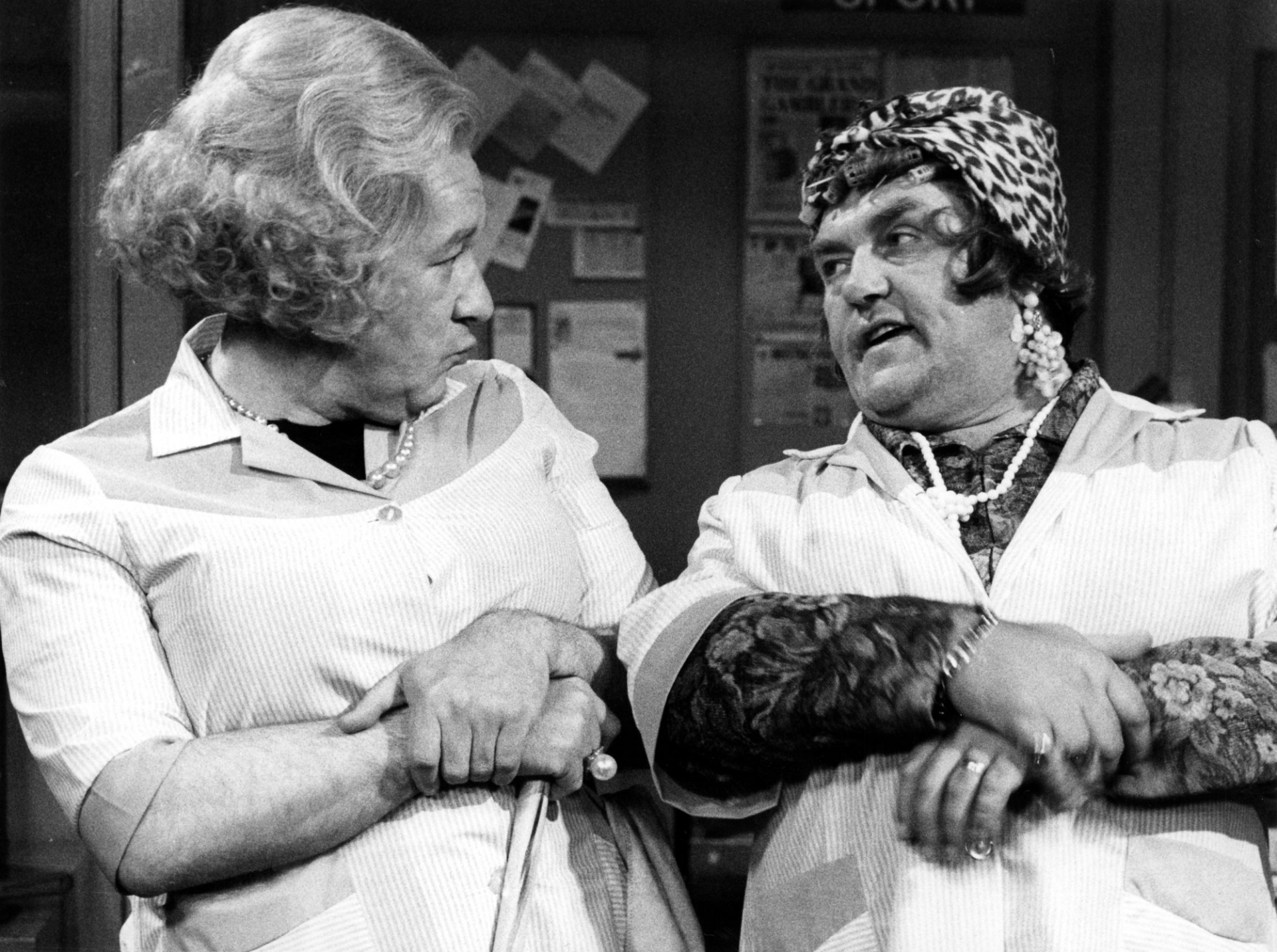 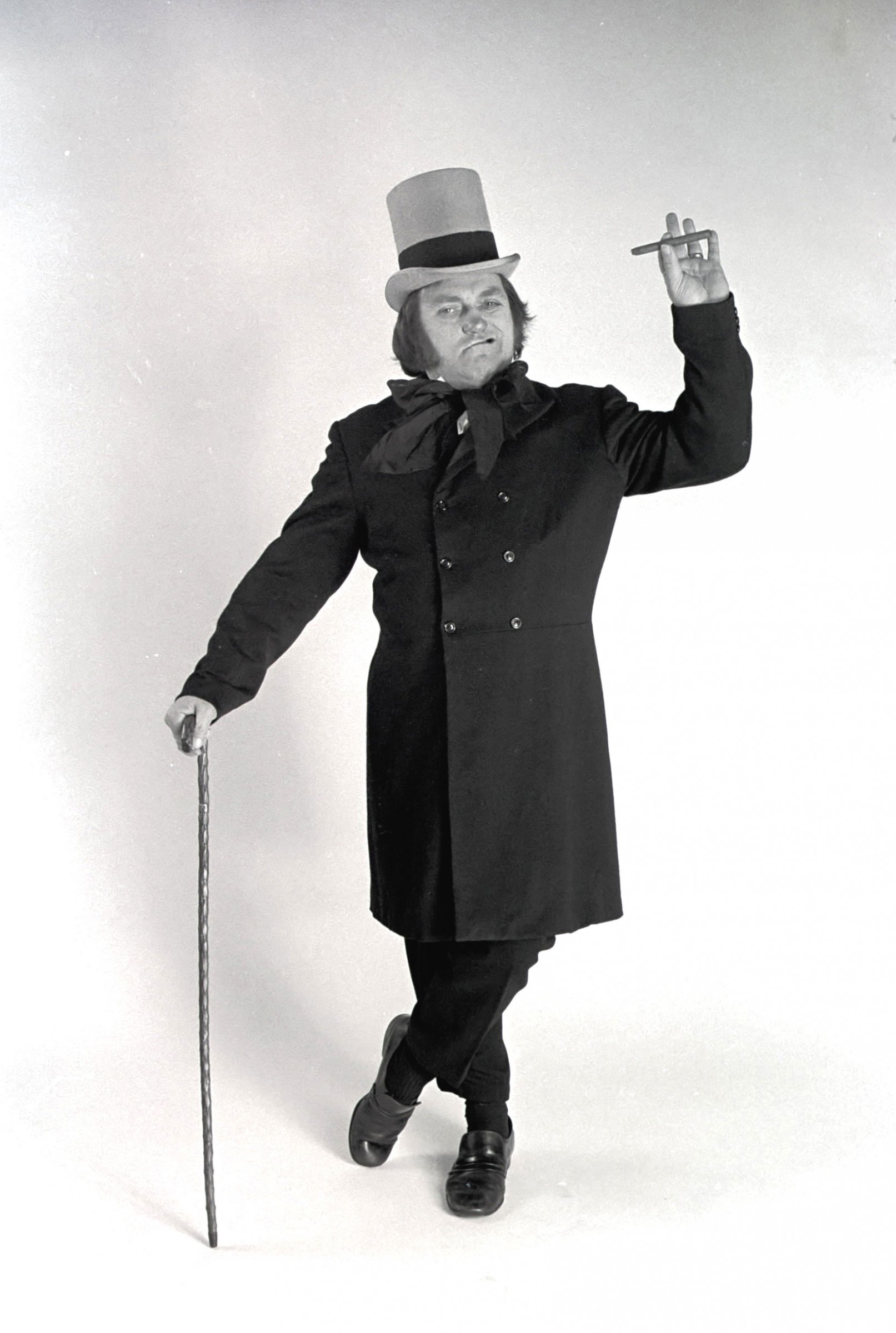